Over a year ago, MDI members Rick Wright and Jim Ellis (the silly dude pictured at left) set out to create the “greatest show on Earth.” And now that Ringling Brothers is going out of business, they just might get that chance. 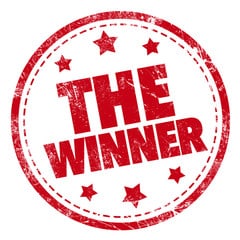 Having a good laugh at the same time bridging conversations about timely topics, the brothers from a different mother – one from the West Coast and the other from the East Coast – created “WIth All Dude Respect” a Blogtalk Internet Radio show that aired every Friday.

The show’s stated purpose: “To create a fun, spirited, engaging, thought-provoking and life-changing podcast for men (and others listening in) so that honor, integrity and the voice of the mature masculine man can be heard and broadcast, opening up the minds of an audience willing to join a conversation that matters.”

With a premier show September 23, 2016, they produced 59 shows, including such classics:

Hosts Wright and Ellis – long-standing leaders in the International Men’s Organization MDI (Mentor Discover Inspire) – chose to hold a “conversation that matters” for men to entertain, uplift and engage their audience. Topics cover real-life matters: relationships, success, humor, politics, sports, health and anything else that pops into these men’s politically-incorrect minds.

Says Wright, of Ewing, New Jersey, “We are simply two dudes who talk about real life in a real way. It’s real. It’s raw. It’s unpredictable and it’s live.” Wright also points out although the target audience is mainly men, “It’s also available for the women who want to know how men tick.”

The show – which shifted from Internet Radio to a Live Facebook Feed starting in January 2018 (airing live at noon pst and 3 p.m. est) – will continue to showcase Wright and Ellis doing what they do best: being present and off-script. Says Ellis of San Diego, “We like to be prepared, but mostly prepared for what comes up in the moment.”

For the future shows, both Ellis and Wright would like to see more big-name guests … once they figure out the technology to bring more than two people onto Facebook Live. Also on the forefront: some scheduled time-off with different co-hosts, securing advertisers and funding, and ensuring the very positive result of helping listeners in one way, shape or form.