Nobody in my family of six is really sure why we set out in the summer of ’94 in our 1986 Dodge Ram van to see the Great Northwest, but everyone agrees it was unforgettable.

Our four girls – ages 16, 13, 12 and 10 – were not crazy about living in such tight quarters with their parents or each other, but they had fun getting on each other’s nerves. And ours.

Somewhere along the road to Wyoming from California we spotted a store named ERNST. That meant we had to stop and check it out. The kids all forgot to bring comfortable shoes so they all got matching white moccasins.

They didn’t stay white for long. Our first stop was Yellowstone National Park, which only six summers earlier suffered the worst fires in its history. Known collectively as The Great Yellowstone Fires of 1988, the event burned 1.2 million acres, including 36 percent of the land inside the park. 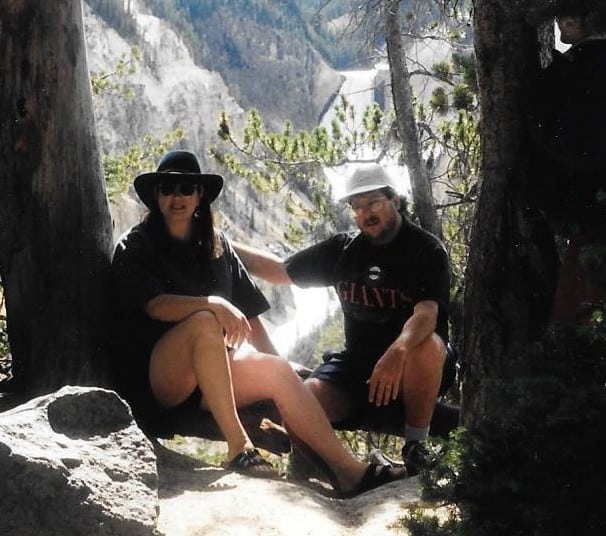 By the time we arrived, tiny trees had sprouted where the giants had once lived. We were stunned by the devastation but still enjoyed our little cabin and our visit to the great Ahwahnee Hotel and Old Faithful.

On the road from Wyoming to Idaho, we lost patience with our 13-year old. Anyone who has ever been around a girl of that vintage knows the outbursts and whines are constant and increasingly annoying. We pulled over to the side of the highway and told her to get out. Then we drove away.

To this day, she says she knew we would come back for her. And we did. But for a brief minute or two we enjoyed making our point.

In Idaho, you can drive in a straight line and cross the Snake River 20 times in a couple of hours. The river won. We found a picnic area next to the river where a little yellow bird was trusting enough to actually sit with us.

We rode to Coeur d’Alene, a corner of God’s country. We stayed just long enough to understand that we needed to move along, son. Nothing to see here.

On the road from Montana to Washington, we drove for hours in a straight line in Big Sky Country before stopping at a little one-store town for a soda and snack. The friendliest people on earth ran that little store and, boy, were they glad to see some new folks to talk with. A piece of me wants to go back and stay a while. Another piece of me realizes I would overstay my visit.

Eastern Washington was nothing fancy but, oh my, the west: The Cascades at Sunset were a highlight to behold. Driving was difficult because it was so damn gorgeous I could hardly keep my eyes on the road.

Seattle, known for its rain and coffee, was in the middle of a heat spell when we arrived in mid July. It was 105 degrees on Beacon Hill where we stayed, overlooking the Kingdome. We spent most of the time sipping lemonade spiked with 100-proof vodka. 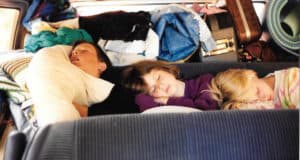 One night, July 16, we went to the Kingdome to see the Mariners play the Yankees. For the life of me, I still don’t know why that Seattle team, which featured stars like Randy Johnson, Alex Rodriguez, Edgar Martinez, Jay Buhner and Ken Griffey Jr., never won a world championship. Anyway, Seattle lost, 9-3.

Three days later, on July 19, huge tiles began falling from the Kingdome ceiling. We knew it was time to get out of Dodge.

Back home in the Napa Valley, we agreed the vacation was an outstanding experience, although we still don’t know why we did it or why we picked the Northwest.

But for a young family on vacation it doesn’t matter where you go, or why you go, as long as you go and make it fun.