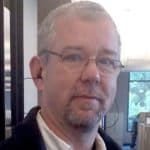 An editor I know posed that to me. Hmm. Interesting question.

Of course, being me, my brain came up with about eight answers all at once before I could open my mouth and respond. “Mostly,” I said. And that is entirely due to the fact that I feel more or less free, but hadn’t truly thought about it very much. And yet I wanted to give a quick answer. This article is my actual answer.

Freedom is an interesting construct to me. With many layers and many values. And a whole boatload of oughttas, and shoulds rolled up into it. Before I get into it, a brief detour.

Ordinarily, when I am writing, my technique is to just do a stream of consciousness thing, capture my thoughts, then spend a bit of time editing, wordsmithing, etc. But that failed me this time. Just because this topic is so frigging huge. No kidding – I started just jotting down some ideas and themes and listed about 20 different factors/aspects in just a couple of minutes. And some of those thoughts are almost a novel in and of themselves.

So I started pondering – what does it mean to be free?

On a base level, yeah I’m free. I have political freedom. Freedom to pursue any profession I wish, freedom to enter into any romantic relationship I wish, yada, yada. There is nothing that prevents me as a “rule” for any of that.

When it comes to political freedom, there are two general constructs – “Freedom from” constructs and “Freedom to” constructs – which are more or less ubiquitous in America and Canada.

Freedom from constructs are those structures in our bylaws and constitutions that prevent governments from intruding into some places in our lives. For example, both the US and Canadian constitutions preclude government from creating laws that limit how one chooses to worship – we are free from government intrusion into our religion.

Freedom to constructs are those where we are free to pursue courses of actions. Both the US and Canada have in their constitution the right to peaceably assemble – you are free to assemble peaceably. Sure, there are problems and each country’s history is rife with abuses. As well as centuries of course adjustments, and legal cases, and revisions to (generally) add protections or repair injustices (Americans with Disabilities Act, or the 1983 Canadian Constitutional Proclamation that strengthened the rights of aboriginal peoples are a couple of examples). So, I believe that I have political freedom.

For the most part, most of America and Canada have fairly extensive political freedoms. We also have pretty extensive “first world” freedoms. Food and shelter are plentiful. Bombs don’t get dropped onto our villages and towns. Packs of armed thugs don’t raid our houses in the middle of the night and forcibly conscript our children into their armies. Most of the places we live in are fairly crime free – we have tremendous personal safety. We have solid employment prospects. Great educational and university systems. And we take for granted technological marvels that would boggle the imagination, ones that talking about 150 years ago would get you sent to a crazy person place . So, again, lots of freedom there.

I still have a nagging sensation in my head that I haven’t hit the matter yet, though.

There are a boatload of ways that I don’t particularly … feel … free, even though I have the actual freedom to pursue anything I want. So perhaps that is the crux on this. Put differently, no decision is ever made in a vacuum with no other factors involved. People have lots and lots of places where they may feel like they have no freedom to take a course of action, yet it is more the case that they are choosing that other thing as having more importance to them. Which is fine – there is nothing wrong in it. But it saps the power of it all when one says, “I’m not free to pursue my dream job” instead of “Providing a solid income to my family and making damn sure there is a roof over their heads is more important to me than earning a living that way.” So perhaps it is more the case that in those places I do not feel free, I have made other choices that are more important to me. Especially when that choice seems like it ought to be something more noble or bigger or less selfish. Or even less based in fear.

Don’t get me wrong – it is prudent to be safe much of the time. Yes, it is risky to quit your relatively high-paying gig to pursue something that may never get close to paying what you get now. Those risks are higher than I know my level of tolerance. There’s no path that you should choose either – we are all inspired when someone makes a bold choice that pans out, like the actor Ken Jeong who was a highly successful doctor when he left that to pursue his dream of being an actor. But for every Ken Jeong, there are dozens, perhaps hundreds or even thousands, for whom that was something that didn’t work out.

With all that said – here are the categories of things that we allow to sap us from that sense of freedom. And a thought or three on each that might help you find that feeling of freedom you seek.

One form of thought warrants its own section:

The background conversation you have about yourself.

Most of us have a person that we want to be. A way of life that we want to live. And a way of being that we aspire to always be. We operate those ways a lot of the time. Those ways are all a function of consciousness – when we are being conscious, and paying attention, and being at cause about who we are, that is who we are being. But who are we being when we are not that conscious person? I like to call that “the default background being.” The default background being is rarely a positive one. Most people have a fairly extensive suite of bad things they believe about themselves underneath it all – all of which get great attention from the default background being. Those beliefs are so ingrained that it doesn’t even occur to us that we are having a thought – it is more like that’s just how things are. Most of the time, we are entirely unaware of them. An example from my life:

Back in 1999, I took a course that a bunch of friends were also taking. An acquaintance, Chris, called me to ask why since he was considering it. I gave him a bunch of good reasons, all of which were kind of surface-ish. “I saw what a difference it made for Milt. He said I’d get a lot from it…yada yada.” Chris said “That’s all well and good, but why did you sign up really?”

What blurted out of my mouth next changed my life.

Without thinking about it, I said, “You know – all the time people are telling me what a great guy they think I am and all that. And just about every time, I immediately have a thought along the lines of ‘yeah – but if you knew what a scumbag I really am, you would never like me.’ And I just want to like myself as much as everyone else seems to.”

I was unconscious that I had that set of thoughts. Underneath it all, I had a “I’m a scumbag” and “I’m not very likable” and a set of other negative beliefs I had built into the fabric of my life. Two years and four courses it took to get at that one. It never occurred to me that I was not liking myself. It seemed like I kept sabotaging myself. And I kept screwing things up and I kept being slippery about money – all of which were evidence I was accumulating that the background default being was right.

Point being, most of us have a suite of negative thoughts we have about ourselves that truly limit and constrain who we allow ourselves to be and constrain what we allow ourselves to have. If you feel like you don’t deserve something, you will never attract that into your life. If it should somehow accidentally show up, you will sabotage it. Yes, I’m speaking to all you eternally single folks who cannot find the love you want. There is an ocean of wonderful people all around you who are also looking for love, but you’ll need to be worthy of it first.

The Want Monster – This deserves a small mention. Its impact is probably fairly substantial in your life. In this culture, there is much messaging designed to feed what I like to call the “Want Monster.” It is a never ceasing barrage of messages about things you should want, about reasons why you are insufficient or deficit in something, about creating in you a want for their thing they are selling. Please don’t mistake me. Wanting things is fine. It is perfectly OK to want. Far too many people though spend time and energy pining for stuff that is irrelevant to their lives instead of experiencing the miracle of their life. There is something profoundly peace-causing when one can experience gratitude for what is directly in front of them rather than desire for that which isn’t.

Back to the original question – yeah. I’m free as a man. And blessed that I get to have the life I do have instead of so many of the other possible lives. Bringing a bit of consciousness into my life, and being able to distinguish the thoughts that constrain my freedom as thoughts that are not simply true has given me access to that sense of freedom we all crave. I have struggled with freedom in every one of the aspects of freedom I addressed above. We all do. The key, I think is to find the way to frame that thought in a “I choose this…” or an “This is the path I want…” or a “Interesting fantasy, I enjoyed it…” fashion.