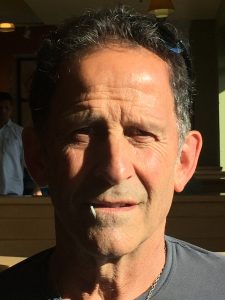 A few weeks back I contacted Jim Ellis because I enjoy writing and I thought that I might have something to share with you, something that might be of interest and value to the men of MDI.

When the February issue of Legacy Magazine arrived on the 1st, I read it with a bit more interest than in previous times. I wanted to read and “feel” what men were writing about, what they were sharing, what they were offering, what was in their hearts that mattered most to them. What I read were poignant and personal pieces on sexual abuse, death, friendship, communication, relationship, family, women, men’s teams, leadership, wisdom, context and more.

After my reading I wondered “What could I possibly contribute to all that was so well written and beautifully and honestly shared? Do I really have something to say? Does the Legacy need yet another man when the current writers are doing such a wonderful job? Could I write something worthy of our men’s time? Will my writing be good enough? Will it be well received?”

And here’s the thing, I do have some evidence to the contrary. I was married and raised two wonderful kids, I had a successful real estate business, and I’m blessed with many good people in my life.

I’ve given more than just some superficial thought to the origin of “my doubt,” and I believe that I’ve tracked it down pretty well.

It begins with the embarrassment and shame of being a bed wetter and trying to hide that from the world. For me, as a little kid, it surely wasn’t “good enough,” not even close!

I was also vertically challenged. I was short! The rabbi had me stand on a milk crate so that I could read from the Torah when I was bar mitzvahed! “Not good enough.” While in school, from the very start, I wasn’t able to pay attention very well. I remember in first grade I did not know the answer to a question, and when I asked the girl next to me she said, “I’m not telling you!” Ouch!

I think from that point on I never let on that I did not know something and never asked for help when I needed it. Today my diagnosis would have most assuredly been attention deficit disorder. It was very difficult for me to read and comprehend the information, and I wasn’t very interested in what they were teaching. My grades were lousy, I was in the low-to-medium reading groups, and I was always being blamed for “disturbing others.” The school held me back in the ninth grade.

I still feel learning challenged. I’ve got to read things over and over again to remember the material, and then I forget it later. And then there’s a part of me that just wants things to come easy, and I’ve yet been willing to make a commitment to do whatever is necessary to pursue something with all I’ve got.

Maybe because I doubt I will be good enough.

Or maybe I’m not willing to put the time in.

Or maybe …some other thing.

No matter what though, it must be said … at least I wrote this piece … good enough or not.