Legacy Discovery Shaman Jeff Kidman brings to you exercises you can undertake anywhere, at a time that works for you. For the man on a men’s team, in a men’s group or out there on his own. The intention of these exercises is to bring you into greater connection to something bigger, so that you can broaden your context, reach your highest potential and ultimately be more successful in the endeavors that matter to you and those you influence. 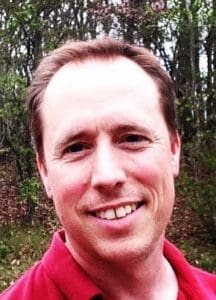 I like fire. I have always liked building fires. I grew up heating part of our house with a fire and cooking over fires while camping and building campfires so hot you could barely stand near them.

About 24 years ago one campfire broadened my appreciation for fire. A Shaman asked us to write something on a bit of plain wood, something that we wanted to let go of. A barrier to our success in life. He had us burn it in the fire, and the next morning he gave us each a small vial of the ashes from that very fire. I have taken on this practice and used the ashes from many campfires to symbolize the spirit of the work and personal changes that happened around those fires.

Connecting with our own power and intention sometimes requires us to let go of something that is in the way. Some barrier in thought or habit or belief that keeps us from acting. Often we know what that is. We might need to release anger with a loved one. We might want to release a belief that we are not smart enough or strong enough for a challenge in our life. Other times we might just feel stuck and want to let go of our hesitancy.

I was recently leading an evening meeting centered around a somewhat elaborate version of this fire ritual. One man could not make the meeting but wanted to participate and later told me that he had made a small fire and burned away one of his own barriers. I was inspired by his actions. As much as I love a really big fire, this ritual, at its core, is simply about strengthening and releasing our own intentions.
On your own or with others, here are some simple steps to allowing a fire to help burn away your own barriers:
I am grateful for all of the joy and assistance that fires have given me for my entire life.