I have family by marriage in The Bay Area. A couple of times per year my wife’s cousin and her husband embark on what they call “The Mom Tour,” during which they fly to the east coast and visit both elderly moms in different states. I have my own mini version of the mom tour, except I can drive there and I go every other week, alternating with my brother.

I don’t have a better name, so for now I’ll stick with ‘The Mom Tour.’ My own mom, now 90, is the only living parent left between Karen and me, so it’s not a visit requiring multiple states. Just one, the Pine Tree State, Downeast, Maine, which is why I am motoring north from Massachusetts right now, mostly mindlessly wondering when I’ll be out of range of 93.7 radio sports talk out of Boston, flagship station for Red Sox games, where the main topic of conversation this morning is why Malcolm Butler did not play in Sunday’s Super Bowl.

Once on 495 and moving along with traffic, I call her and let her know my ETA, which is about two and a half hours from now. I always say “ish,” with respect to arrival time, because I have to plan on a piss stop or two, and I like to stop at the Whole Foods in Portland, all of which might add fifteen minutes or more to my journey. She always is solicitous, admonishing me to drive carefully and asking me about the weather. It’s pretty much a call and response type deal, pretty much Kabuki theater. 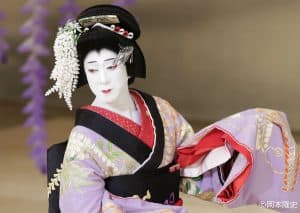 We like to check up on my mom and make sure she’s got enough food and TP and paper towels and maybe take her to a doctor’s appointment or whatever other errands she might need help with, though she can use the local subsidized bus service for seniors and manage some of it. She has some friends with cars who are eager to help, when asked, which she is not correspondingly eager to do.

I’m not excited about it much right now, the drive, the slow walk around the grocery store and then to the little bagel place in Augusta where we have lunch, though it does have a wood stove (well, ersatz wood, that is). I have to take care of my inner space and not let her life and apartment and energy get to me. I am glad I can bring her some joy and family connection and photos of her 7-month-old great granddaughter Alicia and take her for groceries and lunch and help brighten her winter day. I’m going to show her the mug Kyle and Christine sent me from Sweden for Christmas with the photos of Alicia on it. There’s a good opportunity today to apply “the gratitude work,” for sure. Just let it go before me, let it help me interpret, let it temper all. 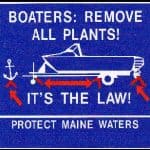 Playing leapfrog with 18 wheelers, I am welcomed to Maine with two different signs. The first says Remove all plants from boats. Maine state law. Now, I am sixty four and have been literate for many years, but the first time I saw it I honestly thought that warning meant that if you’re pulling a boat with a potted Ficus in it or an orchid, you need to stop and relocate your beloved plants into the car. I shit you not. I’ve read Moby Dick twice and the entire James Joyce canon (Ulysses three times) and I swear to you that’s what I thought the sign meant, rather than the plant life on your keel which can bring unwanted invaders into lakes and rivers. I still think about that every damn time I drive by it.

The second sign says Welcome to Maine. The Way Life Should Be. It’s a sentiment hard to disagree with, though the patchy snow and grey salty road and temperature do take issue. Right after that, the first rest stop, where I honor the advice Jack Nicholson gives Morgan Freeman’s character in The Bucket List to never pass up a chance to piss, never trust a fart and never waste a hard-on. I seldom pass up a chance to piss.

Underway again, I see a state cop out of his cruiser, and walking toward the car he just pulled over on the southbound side of the pike. The Maine Turnpike that is, they don’t say it like we do. We say MassPike.

Kind of grey and desolate and colorless and cold today, the kind of day you realize you really want to hear the murmur of voices and clinking silverware and smell coffee and restaurant breakfasts and just be where people are. It’s good to be back up here periodically, because I do tend to forget from time to time that I’m a Maine boy from way back, and I used to find the snow romantic and not mind the cold at all because my testosterone-fueled metabolism was an incinerator.

God, I feel so responsible for her, though she’s a free agent, a grown woman, a senior citizen, an elder. We shy away from people and situations where we know we won’t feel like the best versions of ourselves. That’s how it is with my mom many times, I’d say, because I always wonder if I could or should do more, even though she usually resents the help I offer. That ultimately seems to give a lot of power to someone else, which is like acknowledging the power weather has to influence our mood. It happens before we can prepare and all of a sudden we are in a foul mood. Once aware, though, forearmed, action can be taken.

I hope I am prepared today.