The Monster Under the Bed 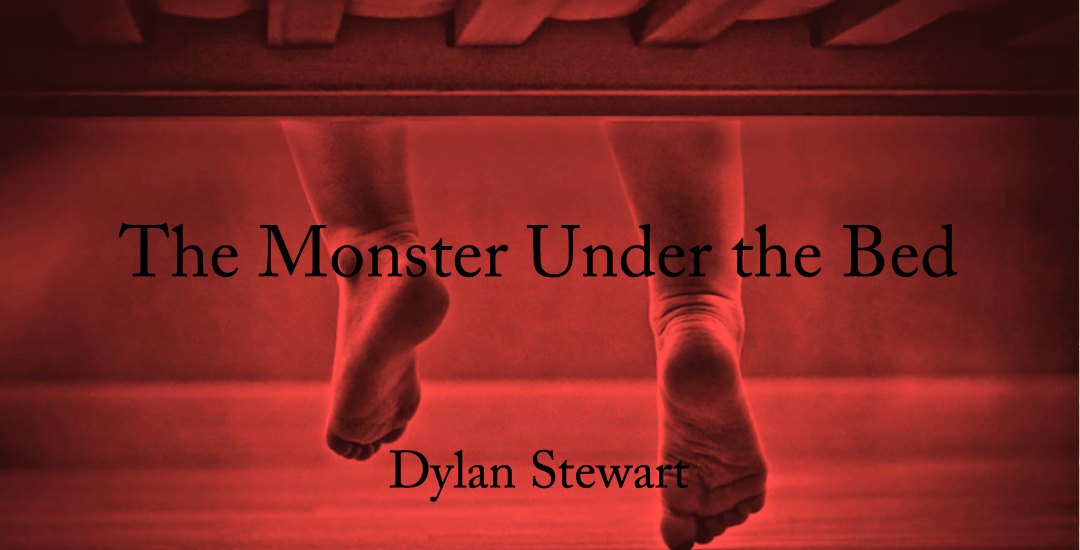 I had just tucked my 12-year-old son into bed and come out to the living room to finish my writing when I heard his bedroom door creak open. I looked up and he was standing there. A strained look on his face. An unusual quiver in his body.

I knew right away that something was wrong. Something was going on. I jumped off the couch and went to his side, and he looked me straight in the eye…

It hit me like a punch in the gut. That look in his eye, the fear in his face.

Here he was this 12-year-old boy… on the verge of puberty… but still a little boy. Still my little boy.

And here we were in the midst of the strangest time in my life. The whole world shut down in the midst of a debilitating global pandemic. Schools shut down. Business shuttered… some of them permanently. The stock market in free fall…

I knew why, but I didn’t say that I knew why.

I was scared too, but I didn’t say that either.

I was 12, on the verge of puberty, starting to think about sex and girls and dating. And all around me celebrities were dying. The news was dire. Sex could kill you. I thought to myself that I might never kiss a girl, let alone make love, and I was already doomed. What was the point? I remember feeling scared. Uncertain. Lost.

But in 1984 there was no one that I could explain that to. Not my dad. Not my mom. Not my younger brother. Not my friends. I had to do what I had been trained to do: shut that emotion down, push it away, swallow it.

But as I stood next to my son, the fear and panic was so evident in his body language. The quiver in his voice, I knew that he would never be forced to shut himself down like that, or deny his own feelings and fears and doubts.

Unlearning those habits of emotional avoidance had been a hard fought battle I had been waging for most of my life. Those deeply ingrained habits had cost me friends, family, my health, and almost my sanity. My son would not be subjected to that.

And what are we as parents if not examples of what not to do. Walking symbols of where it went wrong, and neon signposts of how to at least attempt to do it better.

Even in his fear, even in his panic, he was a shining beacon of bravery for me. An example of all that I had ever done right in my life. A single shining solitary symbol of some small sense of success as a father.

“I don’t know why but I feel scared,” he had said.

At this moment, I took him in my arms. I held him tight, and he clutched me back.

He cried. I cried. And we held each other.

I took him to his bed, and slid in beside him. He laid his head on my chest, and sobbed.

I held him until I heard him start to snore and slip into a dream that I could only pray was not a nightmare of what might be, but rather a dream of all that could go right, a dream of him and his father in happy times, smiling and laughing.

I held him and watched him breathe and slowly start to calm down. And then I kept holding him.

And somewhere deep inside of me I felt the wall of pent-up emotions, the reservoir of hidden fears and doubts and anger overflow and crack wide open. And I held him even tighter as I started to let it out.

It felt perfect and pure and filled with possibilities.

I held him and I held myself until I too slipped away to slumber.

And deep down I knew that I had finally done something right. And it felt beautiful and powerful.

Dylan Stewart is the NorthStar Man who changes lives by connecting people to creativity, their true purpose and direction, and engaging in living their best life now.