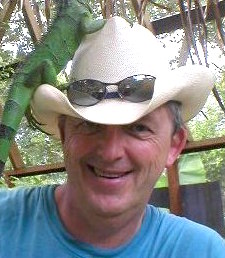 As we approach this day of the Joker (April Fools’ Day), it might be appropriate to discuss the Jokester archetype.

Unlike the go-to authorities on male archetypes – King, Magician, Lover, Warrior (Moore and Gillette) – I do not believe that we men belong to any one particular archetype nor that those archetypes are static and unchanging. More like a personality theory, we have all the types in each of us (who doesn’t want to be King at least once in his life) but lean toward one or another most of our lives. But the other finding I observe in nearly 40 years of men’s work is that the archetypes evolve. The Knight becomes a King who becomes the Benevolent Lord. A Narcissist turns into a Lover and ultimately will sacrifice himself for his love or cause. The Fighter learns to become a Warrior and eventually is the Guardian.

But to me none of these transitions is as fascinating as the Jokester/Jester. In ancient times the court needed a Jester, just to lighten things up a bit. After all it was the dark time, ruled by plagues on the one side and warring, blood-thirsty rivals on the other. A man was hard-pressed to stay alive and those whose job was running or protecting the kingdom, the home or the family, flirted with disaster every day.

We needed a break. 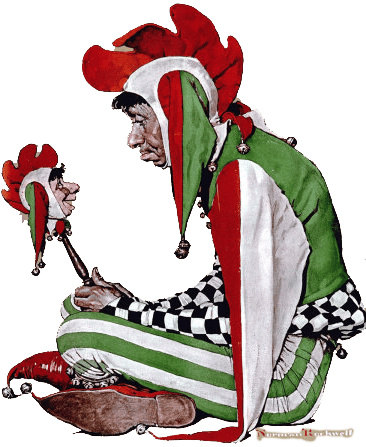 Enter the class clown. He is a classic. Every school had one and you knew who he was by the time you all were in second or third grade. He could tell jokes when all of the rest of us blew the punch line. He pantsed his buddies in gym class and was even liked by teachers for his humorous versions of homework that he turned in. We need the joker and the class clown. Life is too fucking serious without him. And there is no doubt that the celebration of April Fools (those hapless fools who thought that April 1 was New Year’s Day back when the Europeans of the time switched over to a Gregorian calendar from the Julian calendar) was initiated by a Jokester. He’d have to be the one to find fun in the confusion.

The Joker archetype, however, is not limited to either Euro-American heritage or Western civilizations. Natives of the Americas had a role for the Joker, and stories of the Heyoka (the Sacred Clown) of the Plains Tribes abounded. In fact, the Lakota touted a group of fierce warriors called the Heyokha who were noted for riding into battle naked and sitting backwards on their horses – which confused the shit out of their enemies and helped fuel their victories. In Buddhism we find the monk called Vidushaka, who because he couldn’t sleep found ways to tease the other monks. In ancient China there were accounts of Yu Sze – the ever-present court jesters, and Hinduism has its own Hanuman (the Monkey King) who as an adult was a storied warrior, but got his beginnings because of his monkeying around pranks.

So what of the Jester/Jokester? While he does make us laugh – often at ourselves – his presence in male and human development is more important. The joke it seems is mostly made up of truth and expectations of reality. What makes a joke funny is the quick turn of events after the logic is set up. We get set up to expect one thing and suddenly the opposite is delivered. Trainers often use jokes to loosen up a group of participants because the twist of logic in a joke opens the participants’ minds to see more possibilities. But it takes wisdom and knowledge to know how to twist logic. Take for example deadpan standup Steven Wright’s one liner: “I installed a skylight in my living room. Boy are the upstairs neighbors pissed.” 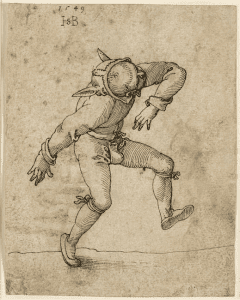 The Jokester knows what reality is and has a knack for messing with it, because deep inside the Jokester knows that it is all made up. Reality is really the joke on us! He knows the truth is beyond our ability to comprehend so he just plays with what others get all caught up in. It is no wonder then that as the Jokester/Jester mature he becomes our Wise Man, the Wizard or Sage. It was his gift all along. He knew how serious things were and where it was all headed, but he was the one who kept us from taking ourselves too seriously.

Have you ever noticed how much the Dalai Lama laughs? He has been through hell – his country captured, friends killed, and has lived his life in exile – and yet he laughs … a lot! Wise Men know the value of the Jester. That was often their path.

So the path of the Jester is to eventually become the Wizard and ultimately evolve into the Sage. Pay attention to the joker on your team. Don’t get so annoyed when he cracks an untimely joke, but use it to inspect where you and your men have been taking it all too seriously. Yes, I know that sometimes we men use humor to avoid stress and pressure, especially in the hot seat at a team meeting. But most of us are not the Jester. You know who that is, and he is the wise man in your group. Jester wisdom has magic in it and eventually becomes uncanny in its truth-telling.

Bring your Jester into the center of the circle and unleash his real power – you will be surprised at what he has observed. As today’s Jester will become tomorrow’s Sage.