In Virus Crisis, Men in “No Problem” Turn Lemons Into Lemonade And Other Silver Lining Funny Shit 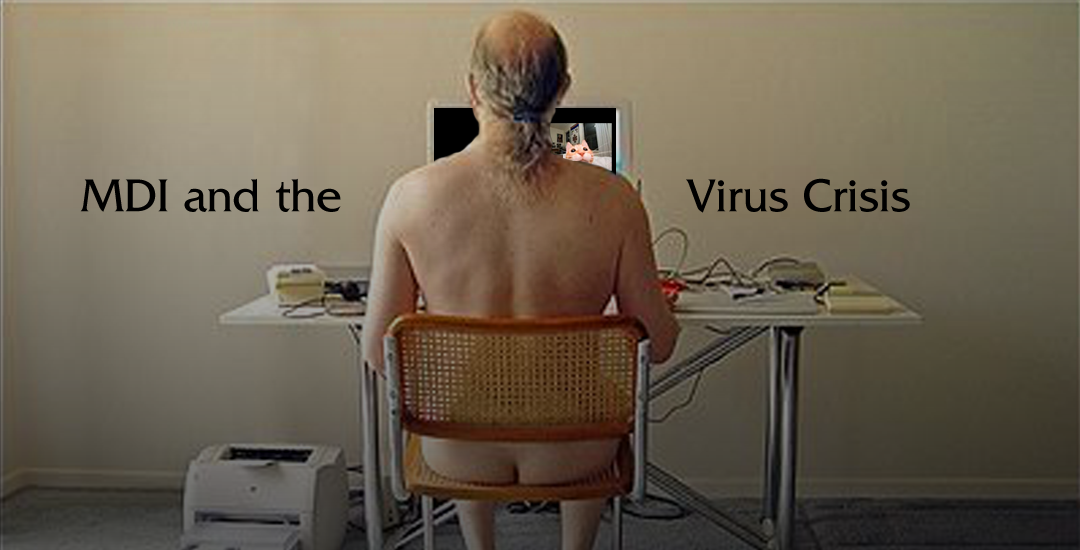 In a time when many people of Planet Earth are freaking out, and rightly so given the very deep state of affairs, it’s the men of Mentor Discover Inspire who are grabbing their balls, taking a stand of “No Problem,” and determining the best way to frame the latest outbreak of a global pandemic.

Holding the context of “I’m out of control, I don’t know what I’m doing, and I need help,” a certain amount of men are realizing how the recent panic has been working in men’s favor.

According to “Psychologies Today” and other feminized magazines, the act of “social distancing” – remaining at least 6 feet from another potential carrier of death – works well for men, mainly because they are already “emotionally distant.” No longer a bad rap to be a “Walkaway Joe,” or “commitment phobic,” men all over the nation are welcoming and celebrating a chance to use a brand new excuse to “hide out.”

A new meme is being constructed for those men who enjoy hiding in their cave, not wanting the glare of accountability or responsibility: “Be the Hermit You’ve Always Wanted to Be!”

Though admittedly this does come with some challenges. With the advent of technology and the lack of face-to-face meetings, men are forced to stretch to discover innovative, interesting, exciting and new excuses to miss meetings.

Because of the Zoom meeting technology now readily available, some men – desperately wanting to hold to their claim of “I don’t have enough time to meet in person,” and “there aren’t enough men in my area to create a men’s team,” as well as a need for autonomy and a clutching to a “safe space” – are considering creative ways to minimize contact with other stinky, icky men.

To this end, taking technology to its furthest, a new team called Assless will be “The New Texting Men’s Team.”

Meetings composed only in text messaging, the new format helps keep men safely secure in their own bubble, a state conducive to believing in their own bullshit and never being called out. “We are so happy,” said Assless Team Leader Joe Shlupp, a man who says he’s been texting ever since he got his first flip phone. Though he would feel more comfortable going back to the technologies of beepers, he’ll make due with short messages, as long as the men follow the main team standards:

For those rare men welcoming phone calls and Zoom meetings (even with bad hair days), a brand new culture is arising within MDI, mainly to keep everyone safe:

And so, no matter the crisis or barrier, we carry on. We are men who make it all work out in the end, turning lemons into lemonade, or for those in the Canada: lemons into beer, and in Maine: lemons into Moxie.

Besides all the other positive spins men are coming up with during this stressful time, there is one bit of good news coming out of the Western Region. An MDI man was thankfully mis-diagnosed with the Corona Virus. Yup, turns out he’s just old and dying.