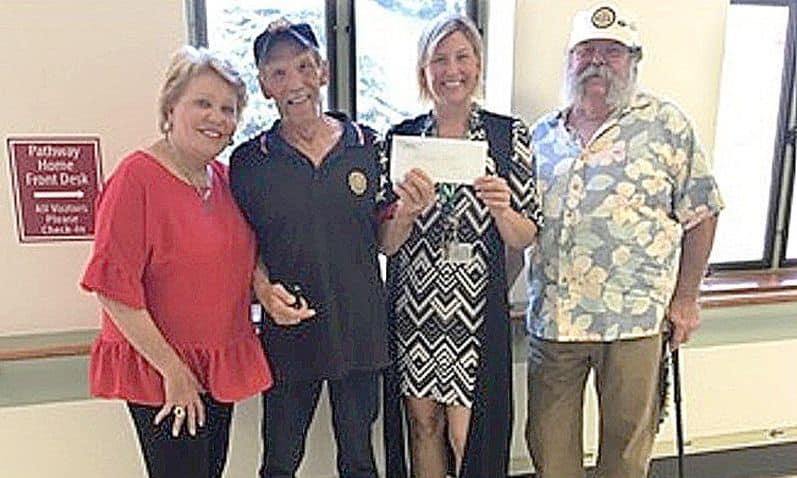 Greg Anderson, finance officer of the Sons of the American Legion Squadron 113 in Napa, CA, and leader of Team Source in the Sequoia Division of MDI’s Western Region, helped organize a golf tournament in the Napa Valley to raise funds for the Pathway Home, a residential counseling center for wounded warriors located on the grounds of the California Veterans Home of Yountville.

The tournament, dinner and silent auction on May 20 raised $2,000 for the Pathway Home and the American Legion Post 113.

Anderson, who joined MDI a year ago, is a real estate broker who moved to Napa in 1987 from Mendocino County, where he worked seven years as a logger and well-digger. Anderson was raised in San Diego, where he worked as a firefighter.

“I was never in the military, but my dad was in the Navy and I have a lot of respect for veterans,” said Anderson, 68. “When I heard about the Pathway Home, helping vets coming back from Afghanistan and Iraq with PTSD, I thought about my brother in law, who came back from combat in Vietnam with no de-briefing or help, I remembered the shameful way Vietnam vets were treated. This was my way of paying these guys back for their service.”

Greg lives in Napa with Cindy; he has two daughters and a granddaughter, 20, and a grandson, 2.