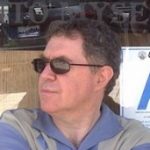 As a leader I have discovered how invested others are in making their problems my problems.

In MDI we adhere to the mantra that good leaders are good listeners. True. But no one says good leaders are good doers. I submit it’s just the opposite. The most effective leaders employ what I call the “percolator principle.” Nothing is so critical that it requires your immediate attention if you’re hearing about it for the first time.

It is a difficult dynamic.

From your dispassionate perch someone else’s issues can sound dour. Usually others come to you when they are in a heightened emotional state or right after a crushing setback.

Your job? Listen. That’s it.

Maybe ask a few clarifying questions so the speaker gets better grounded in the reality of their situation. But at the end of the day I view my role as doing nothing more than reminding someone to keep breathing. Sometimes I’ll confirm things appear to suck as bad as they seem to think they do. But usually I end with, “You’ll get through this” and a request that they check in with me in the future. I usually never hear about the issue again. If you think about it, most problems tend to solve themselves. Time and space has a way of healing most things. My job is to let the universe work its magic.

Of course this not always the case. But by allowing a problem to percolate, two things can happen:

I’m sure some genius could come up with an equation:

(Number of people spoken to) x (effort exerted) ÷ ( the passage of time) = the amount of time and energy I should commit to helping out.

I can assure you if either of the first two numbers are zero, the persistent “problem” is not something I’d willingly give any time to. Truth be told, most people have the capacity to work through their own stuff. A true leader’s job is not to get sucked into the hysteria and to allow time and space to work their magic.

And through it all just remember, the Earth remains on its access, so no problem has resulted in the end of the world.