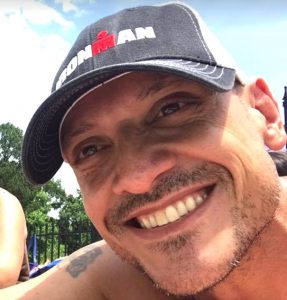 EDITOR’S NOTE: A leader of men, a maker of kings, Ed Aponte, of MDI’s Southwest Region, offers his “CONTEXT” column each month, directing readers to recognize their power and how it reflects in their attitude, presence and life. He would appreciate if you would comment below and/or share this with your own community.
I was invited to a team meeting in the summer of 2009. I remember being skeptic about the proposition.

Why should I go meet with a bunch of white, middle-aged men in a park in the middle of nowhere on a Tuesday night for three hours? I was proud of being an island all by myself. SELF-SUFFICIENT!!!

Well this proud, self-sufficient man was having troubles in his marriage which he thought no one could notice. Especially since I made it a habit of not telling a soul. Why should I? That stuff is private. A real man doesn’t need to open up to others. Right?

The truth is that there was fear behind my isolation. Fear that I wasn’t enough. Not husband enough, father enough, son enough … man enough? But men don’t go telling their problems to other men. Not real men. Right?

Thankfully a man from our circle cared enough to pull me out of isolation and give me a glimpse at what it was like to live a bigger purpose by choosing to be of service to more than just my needs. Now I know I’m special and unique, but I can’t really believe that I am the only one who came into our circle under these circumstances. So I began the process of making me better. And for the subsequent seven years, I did just that.

I made it a point to go through all the training events I could. Back then it wasn’t optional and so I became better from being intentional and disciplined about learning more. Then I felt I could become a better man by leading. This was the spark that took me on my trajectory of MDI leadership. All of it with the direct purpose of making ME a better leader.

Little by little my context started shifting from becoming a great leader to creating great leaders. It has become more important for me to mentor men in a way that they lead from their power and vision and become great leaders within our organization. I have been actively mentoring at least four men since 2013. The net result is that these men see the value of the mentor relationship and in turn do the same for the men coming up.

I’m 100 percent in alignment with our current leadership that we should focus on creating a large pool of leaders who are willing to do the same and in turn grow our organization.

Recently, at the end of our Regional Core Team overnight a man put his hand on my chest and delivered to me the tittle of “King Maker.” That just made sense to me. Back in the day when I was internally focused I would’ve probably taken offense. Why not stop at King?

I couldn’t agree more with this title. The time has come for me to create more Kings in our circles instead of Lording over my Kingdom.

Are you a King?  If so, who are you pouring your resources into in order to make another King?