And there were in the same country shepherds abiding in the field, keeping watch over their flocks by night. And, lo, the angel of the Lord came upon them, and the glory of the Lord shone round about them: and they were sore afraid.”

According to the King James Bible, Luke wrote those words, which most of you know well.

The good doctor  — Luke, that is — was a friend of Paul’s and even traveled with him, giving up medicine to spread the gospel of Christianity around the Roman empire and beyond. His investigative journalism, as it were, earned him sainthood and a place in history as author of one of the four best-known gospels of Jesus of Nazareth. He probably wrote the Book of Acts as well, the penultimate work of the New Testament. Not too shabby for any writer, in the grand scheme.

One recently discovered scroll suggests that Jesus may have been more than just the Messiah. He may also have been Captain of a Men’s Team.

Yes, Luke was prolific but what most don’t know is, he wrote a lot that never made it into the official canon, didn’t get past the red ink of the scribes hanging around the Vatican in those pointy hats. There are many such documents, of course, that have been forgotten by history, but one recently discovered scroll suggests that Jesus may have been more than just the Messiah. He may also have been Captain of a Men’s Team.  An archaological group known as Mid-eastern Dialect Investigators (MDI) recently translated this document, wrinkled, brown and sere old vellum. It was discovered — in fragments — inside an ancient clay pot, in a cave near the Sea of Galilee, along with the some old fish bones and the preserved dust of some ancient loaves. MDI is dubbing it The Code. 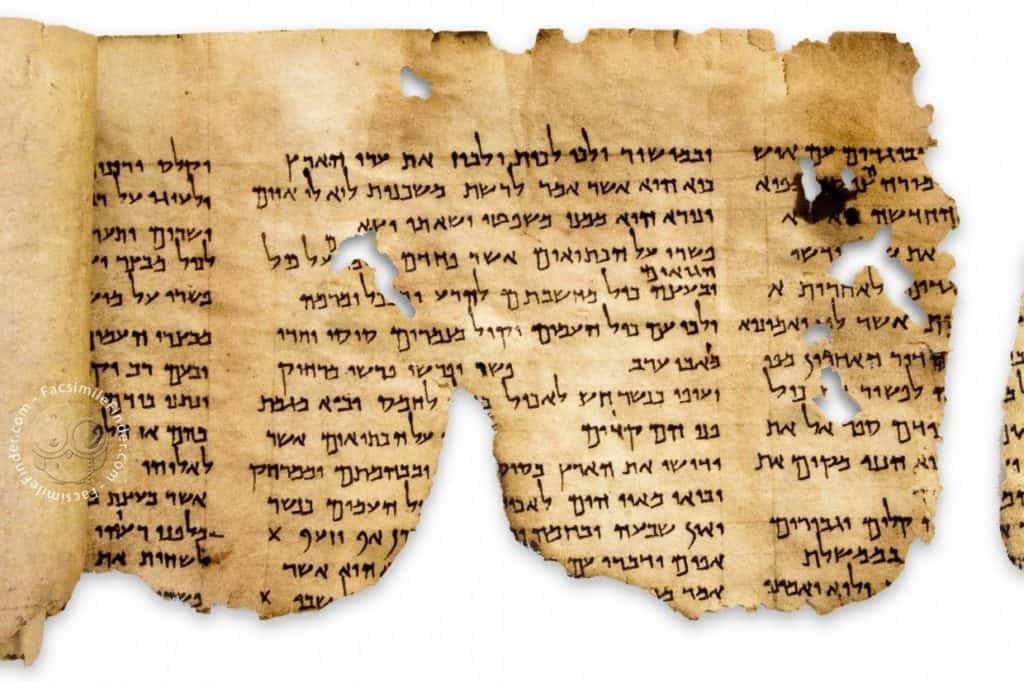 Now, I’m no biblical scholar, but as a former seminarian, this document — very much in the style of old Luke, who was, apparently, one of the scribes for this team — seems genuine. After all, being genuine is a mark of honor on a men’s team, and Jesus’ team was apparently no exception. We can’t make out the team name, as the document is far from complete, but it may have been either, The Net Men, or Twelve No D’oubters, from the Aramaic noui d’autu, or ‘men who hate Romans’.

This document was apparently a loose collection of notes taken by Luke as he interviewed several of the twelve about their relationship with their Captain — from ‘couptinous’ or ‘carpenter’ — from Nazareth. Of particular interest to readers are the phrases suggesting the rudimentary framework of the modern men’s team.

It is generally agreed that Jesus and the disciples spoke Aramaic, the language of this document. We know the disciples could read and write because Hebrew children were required to memorize the first five books of Torah before they were twelve years old. It’s hard to tell in some places where Luke’s notes begin and the disciples’ end, due to the use of language and the antiquity of the physical document.

Who were these guys? Simon Peter, his brother Andrew, John, and his brother James, fishermen, all. Then Thomas —  that guy on every team who is skeptical of everything! — and Philip, Thaddeus, Bartholomew, James, Matthew the Roman tax collector, Simon and, of course, Judas, the group’s treasurer, who kept their silver pieces in a dedicated account.  And Jesus, naturally, whom we know was a nail banger and builder. Some say it was too large for a men’s team and, sure enough, before the year was out, District Coordinator Pilate blew up the team. He ‘took out’ their captain and it looked like they had to split.

Here are some fragments from the document MDI translated that may illustrate the similarity to modern teams of men.

5:21  Got up to take a piss away from the circle. Clothes smell of smoke: hem of garments laced with mud.

(Note: it is unclear what constituted ‘lateness’ without benefit of time pieces, but this is generally understood to mean ‘after the cock crew.’ -Ed.)

21:5   That thing with stoning the woman: man that was brilliant. WTF can you say to that? He wrote on the ground. The crowd wanted her stoned: but He looked up and basically said, sure, stone the shit out of her: but only if you’ve never sinned: and He looked down again and kept drawing. They all dropped their rocks and walked away.

6:13  Jesus seemed to have all the answers at meetings. He’s a wise dude but he never lets other men talk

(Was there a standard about leaving team meetings unburdened? – Ed.)

45:16 We talked about how He fed five thousand people, turned water into wine at the wedding, healed blind and lepers. Holy shit! Glad I was not there, lepers freak me out

52:3  One day He asked : Hey, who do men say that I am anyway? Some said “John the Baptist.” Others said “Elijah” or “one of the prophets.” To be honest, we weren’t really sure why he was asking. It may have been a trust exercise.

14:12 Oh, man I never got that before: His interpretation of Torah sure is interesting

(This is clearly an early Growth conversation. By this time Jesus must have gone into the desert to the Devil’s leadership training program.)

23:19 Judas Iscariot, a few times we were unsure about him: We feared he did not keep confidentiality and told the Romans where we were going to meet: without clearing with the Captain first. We told him to do thirty, but, in light of future events, he may have been confused by that: Though he seemed to love Jesus and the others

9:31  And He did hit his thumb with a hammer: and did swear like a pirate

10:11 And He told the story of the Good Samaritan: And we said unto him: great story, man, but we don’t really care about the story. He took this personally: and a push ensued.

6:23  I said I would make you fishers of men and you: you just want to play a silly game.  Now get James out of those nets

7:13  I had a notion this week: don’t know where it came from: I’m not really sure who I am right now

9:45  I will make you fishers of men, He said: But we didn’t like that as a team name: and we went with Twelve Doubting Men. Simon suggested we add an apostrophe and make it Twelve Doubting M’en. This was later changed again after Peter became emergency captain

18:9  Judas wasn’t telling us something, I have kind of a fuck you with him.

19:02 I and the Father are One is a good context for a CPR: but I’m afraid I’ll be taken out before I’ve achieved all my results. I was clear about my purpose, though

12:6  And Pilate said, “He’s got balls, I’ll give him that: There’s still a story around the city that this is the young scamp who whipped the money changers out of the Temple.”

71:6  When Jesus was on the cross we had a conference call about whether or not to forgive the Romans: It was decided to confront Pilate and do a clearing: but the cock crew again, Peter panicked: and we didn’t see him for three days. By then our Captain was back to run one more meeting. We completed him: and the rest is history

This document is still being studied by MDI scholars, but it’s clear even from these fragments that little has changed, so far as men’s teams are concerned, for the last two thousand years.