Our Own Creations, Our Own Success 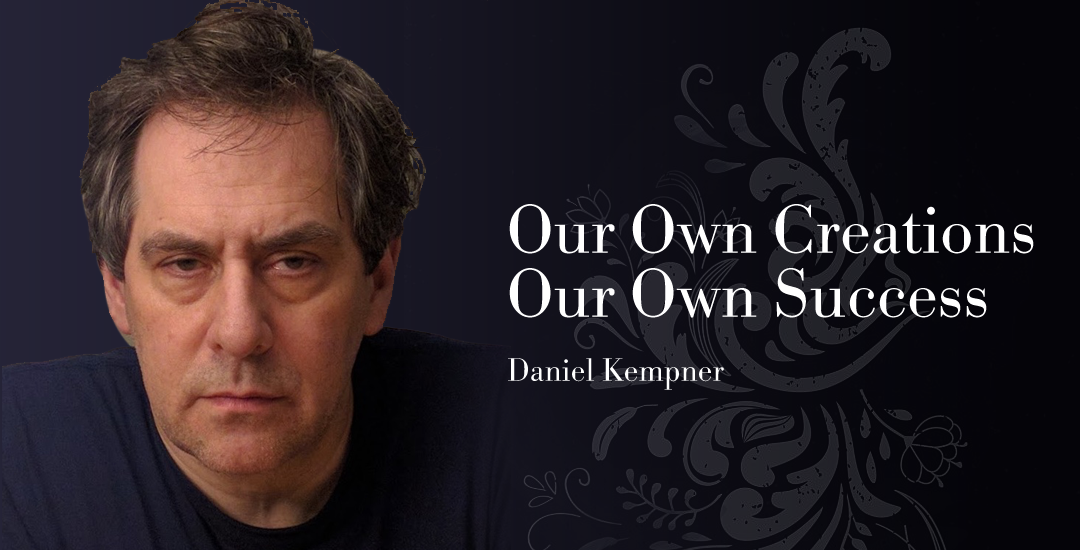 I was skimming Saint-Exupery’s The Little Prince, seeking a quote for a piece I’m writing and, just like every other time I’ve read it, I choked up. The tears began somewhere around the third page.

As a writer, I am envious of such a feat.

Damn, I thought, He got me again!

We all get a little verklempt at the end of An Affair to Remember or Love, Actually because these stories are designed to yank emotions from us — they’re called ‘tear jerkers’ for a reason — or to make us laugh on cue. When they do, it means the people who created them have done their work well, and have succeeded.

It’s hard to estimate how many artists fail at this because their stories don’t get published, their movies aren’t made, their art is not displayed. For a writer, a musician, a filmmaker, this is the lodestone, the clear proof that we’ve reached someone, touched a nerve, stung or salved an open wound.

Some years ago, I was flying back from a trip to Hong Kong and, with long empty hours ahead, I picked up a pen and began a story about a man named Espy, an old man who was about to lose his Midwestern hardware store to foreclosure. The creditor had been his lifelong best friend.

Now, I’d never met the fellow, never owned a hardware store, never been foreclosed upon, and never knew anybody named Espy, but that’s how it goes sometimes when you write.

After an hour or so, the pen fell from my fingers and I dozed. When I awoke all was quiet save the ever-present hum of the cabin. It was dark over the Pacific and most everyone was asleep. I turned on the overhead lamp and saw my story on the tray table. A little groggily I began reading it from the top and, about a page into it, I began to choke up. I kept reading, stifling sobs so my fellow passengers wouldn’t hear me and become alarmed.

The story was sad, sure, but hell, they were characters I’d made up just a few hours before. The things that were happening to them were my own doing, out of my own head. I’d made them suffer, sure, but I didn’t even know these people! Could I really be crying at my own work?

A few years later, in graduate school, I did a project with four other students, all much younger and from various Asian countries. From time to time I’d find a passage in their writing that seemed too polished, the English too perfect and the concepts too well developed, for them to have written it themselves. Invariably, once I’d Googled the paragraph, I’d find it had been lifted directly from some famous source on the topic. A phone call would follow in which I carefully explained the rules regarding attribution, impressed on them the consequences for plagiarism, and that all five of us could be affected if even one broke the rules.

The following week one of my partners sent me her section, and I came across just such a passage. Brilliant. Incisive. Beautifully crafted, and perfectly making the necessary point. For an hour I checked it on the Internet in every possible combination, but I simply could not locate the source. Groaning, I called the young Chinese student involved and pointed out the obvious. “Come on,” I said, “I know you didn’t write this. You’ve need to tell me right now: who did?”

There was a long, mystified pause before she replied, “You did, Dan. You sen’ this me las’ wick.”

It is clear, then, that we can be moved, and impressed, and even startled by, the greatness of the things we ourselves create. I did not need a third party to tell me the work was good: the fact that I loved it was enough.

When God first looked upon his creation, we’re told in Genesis, he had the same experience I did at 32,000 feet, and again in school.

Hey, he said, looking at his work, this work is good! And it is tempting to wonder if, seeing the beauty and the horrors that befell the creatures he had given life to he didn’t, from time to time, find a tear leaking from his eye and find himself saying, Damn, He got me again!

It is not much of a leap from there to the idea that we can appreciate the lives we create, the meaning we create for ourselves, almost as though they were created by someone else. That we can measure the value, the beauty, the success of our lives by how we, ourselves, experience them. We can look back at what we’ve created and say, Wow, that’s good!

It’s not always like this, of course. Even God later became disgusted with his creation and decided to destroy it. Yet like most creators, he couldn’t quite bring himself to do it. He poured water all over the canvas but didn’t actually paint over it. Not all lives we create are looked back on with pleasure, or a sense of accomplishment, and for all that, it’s hard for us to destroy our creations.

What we can do is to set out to remake them. We can do a rewrite and get the thing back on track. In fact, it took me three years to complete that short story: there was a hole in the plot, a flaw in my creation, so I saved what was good and flooded the rest. I’ve done the same, now, with my life. Found the holes, tossed what didn’t work, and recreated it until I could look back with a sense of wonder, as though someone else had written a damn good story.

It occurred to me just now that I should dig up that old tale of mine and see if my own work could still move me.

I finally found the thing in an old e-mail and reread it. Somewhere on page three, I was choking back sobs.

Damn, I thought, he got me again!