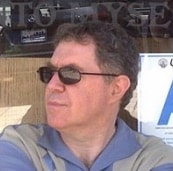 Inspired by the recent article in Playboy Magazine (HERE.) the Fox Network station “FX” has approached MDI about developing a new reality show, “Get Off the Couch and Man Up.”

The premise of the show is to find adult men living with their parents and invite them to an MDI team meeting. At the meeting they will be forced to make a commitment: get a girlfriend, find a job, move out of their parent’s house. The team will then have four weeks to help the man honor his commitment.

If they do, the contestant gets $5,000 and the team gets $10,000 to donate to the charity of its choice. If they fail, they take a collective cold shower. “Think of it as a testosterone-heavy Queer Eye for the Straight Guy,” suggested Mitch Reid, Director of Programming for FX. “We think a show like this fits squarely within our target audience of men in the 20-40 age range. Plus women are just dying to peek behind the curtain to see how guys, oops, I mean men, think.”

MDI President Geoff Tomlinson was initially skeptical, “We are hardly the most photogenic collection of men,” he said. Even so, he thinks the show can be the boost MDI needs to reach its 2018 “wildly important goal” of 1501 members by March 2019. “Besides, the influx of sponsorship money won’t hurt” he noted. When pressed on the amount, Tomlinson couldn’t disclose the amount but hinted that with the NRA’s commitment to the show, he expected it to trigger a new round of “where does the money go?” inquiries.

While not an official sponsor of “Get Off the Couch,” the NRA is on board as a consulting organization. The concept is to have one episode where each contestant will meet with a firearms expert and get trained to use his weapon of choice. “Nothing builds confidence and says virility like proficiency with a firearm,” said Reid. “Besides our market research confirmed our audience loves guns, the bigger the better.”

If the show catches on, Reid suggested moving the team meetings to exotic locals for team challenges like running with the bulls, skydiving, whitewater rafting and smuggling illegal immigrants across Texas. “It works for the Bachelor, it should work for us,” said Reid.

Teams interested in auditioning for the pilot should reach out to Stan Snow.