My Meeting With Adam West And Burt Ward 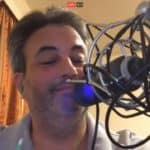 When we last left you you were told that Billy Funt would tell the story about meeting Adam West and Burt Ward when he was seven. Is it true? Tune in and find out.

It was the mid-70’s, I was in my first decade and living in New York, which as far as I was concerned was Gotham City. Batman was my life. This didn’t just mean watching the show every Monday through Friday (and this was when you had to be in front of the TV or you missed it) but getting the comic whenever it came out, having all the Meego toys and incorporating Batman And Robin into every outing of play I could. A bigger Batfan you couldn’t find.

Then one day in the middle of the show a commercial came on for the custom car show at The Coliseum. I was only mildly interested in cars in and of themselves (for New York kids the fantasy of someday driving them wasn’t as big of a deal as elsewhere) so the commercial didn’t grab me. But then it said that The Batmobile was one of the cars. Okay, now you’re talking. And then … the big news. Along with the Batmobile the show would feature an appearance “direct from Gotham City” by Batman And Robin.
And then they went on to say that this would not be just any two guys dressed as The Dynamic Duo but Adam West and Burt Ward themselves……the REAL Batman And Robin. Yes……the REAL ones!

(Ed. note: Yes I understood that they were played by actors but this did not mean that these weren’t the real ones).

A chance to meet Batman And Robin.

Excited is an understatement as is mego mondo beyondo excited.

Once I was assured that we could go in two weeks when it was to take place I spent the days leading up to it in a dream state. I couldn’t even sleep because I was so excited. I…..Billy Funt was going to meet my heroes…..actual heroes and then my life would be perfect…..forever!

And then…..the day came. That magical moment was about to take place. Holy Dream Come True.

I soon found myself in a sea of other kids and also some odd adults all waiting for the same thing. This was obviously going to be a long wait……but I’d have waited till the end of time if I had to. Off to the side of the room was the Batmobile to tide me over.
And then…..the lights dimmed slightly, the crowd roared except for me who screamed silently….and the announcer said, “Ladies and gentlemen, boys and girls, please welcome the Caped Crusaders…..The Dynamic Duo……..Adam West and Burt Ward as……..Batman And Robin!!

And there they were amidst wild applause and in full Batregalia. It was them. Really them. It had only been a few years since the series wrapped and while they were no longer in peak condition they were still many years away from being the fat old men they became. In other words they could still pass and were good enough for me.
After about a half hour of banter between themselves and us…

(“Well it’s good to see you again old chum”. “Holy reunion Batman” etc.etc.) the emcee said they would now be signing autographs and shaking hands. So to the end of the line I went. The line was so long that under any other circumstances I couldn’t have ridden it out till the end but in this case it wasn’t an option. You see, this wasn’t just about meeting them or getting an autograph or a picture. This was about getting the answer to a question. A question that only they could answer.

Finally, after I don’t know how long, I was at the front of the line at the feet of my heroes. This was so important I thought I would also find out if I was inscribed in the book of life. I was shaking the hands of and talking to BAT…..MAN……A…..ND…….ROB…….IN……!…..!!!!

And now……my question was finally going to be answered. And here’s how it went.

Me: Um……Batman…….Robin….you know how when you slide down the Batpoles you start out as Bruce Wayne and Dick Grayson but when you hit the bottom you’re Batman and Robin? How do you do that?

Hmmmmm…….okay……very difficult. Not quite the explanation I was hoping for but….okay…..I’ll ponder it. I still met them. I could die now (at seven no less).
Of course years later I realized that that was his way of saying, “I don’t have time to answer that because there is still a swarm of children and basement dwelling adults I need to attend to but thanks for asking” so with that the memory was retroactively even better.

Thank you Adam and Burt….Batman and Robin…..Dynamic Duo…..Caped Crusaders. One of the highlights of my life.

Epilogue: Many years later I saw the Batman feature film that they did between seasons of the series and they showed more expansively the sliding down of the Batpoles and the answer was that on the way down Batman pulls the Instant Costume Lever.

That’s what I suspected.