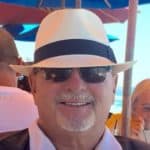 For me, it looks like hanging out with four new men this week.

I’ve be calling men who are guest and alumni of MDI. I’ve been hanging out with them on the phone, and listening, and giving them a little feedback on what they share, but mostly celebrating their call to action.

This week a 31-year-old medical student was referred to me by our division Meetup page. I asked him what had him contact us. He said, ”There is something that my mom and dad did not give me. I don’t know what it is. I don’t know how to be in a relationship with women. I don’t have a best friend. There is hole in me that I don’t understand, but something is missing. I just don’t know who I am. I’ve heard of “initiation into manhood,” but I am not sure if that’s what I need. I have so many question that I cannot go to my mom and dad for the answers.”

I believe everything he needs is with the men, and he will be at the next team meeting.

A 42-year-old man moved into to his girlfriend’s house, and she started reading his e-mails and texts. She felt she has the right to demand to know where he’s going, what he’s doing and thinking. He got tickets to a Las Vegas show, and when they arrived they were bumped up to the front row.  As the show started there were these beautiful chorus girls. She reached over and grabbed his dick. He said, “Hey what are you doing?” She replied that she was making sure he was not getting hard unless it was for her. She then grabbed his wrist and accused him of having a fast heart rate due to these chorus dancers, and that was not OK with her.

Presently, he is not allowed to ride his mountain bike with his buds. She wants to know where he’s at and what he’s doing at work. This has been going on for 5 years. I listened to him. I asked him, “What do you think about what you’ve just said?” He said, “I have to move out!”

I told him to call me any time if he ever doubts his necessity of moving out.

Then there was this 59-year-old physiologist. His wife wakes him in the middle of the night yelling at him about him being attracted to other women and addicted to porn. He has repeatedly told her it not true. He called me as he was leaving the house and running away. I asked him, “Where are you going and what do you want to do?” He said, “I don’t know.” I suggested he go back home and get his golf club and go hit buckets of balls.  At first he refused and gave a bunch of excuses. After yelling at him to “love himself.” he went back home, did not talk to his wife and got his clubs. He hit several buckets of balls and called me on the way home filled with a sense of self love. He filled his own heart. Now, every time he is attacked, he has to find a way to love himself.

At our team meeting, we supported a 35-year-old man had a nervous breakdown. He’s been living with his mother all his life. He’s hated his father for dumping him and his mother and moving on with a new woman. I asked him if his father loved him, and he said, “yes.” I said, “So it just comes down to you don’t like the way his love shows up?” Pretty soon he got it, and also realized he had to move on from his mother. We assured him that she will always be his mother. It is time to cut the apron strings. Though he isn’t ready now, we assured him he will be in time.

Also at our team meeting we brainstormed on physical and mental health for all our teammates. We came up with one answer: to be accepting of ourselves, to be loving without an agenda is “health.”

This in just one week.

This is brotherhood in action.