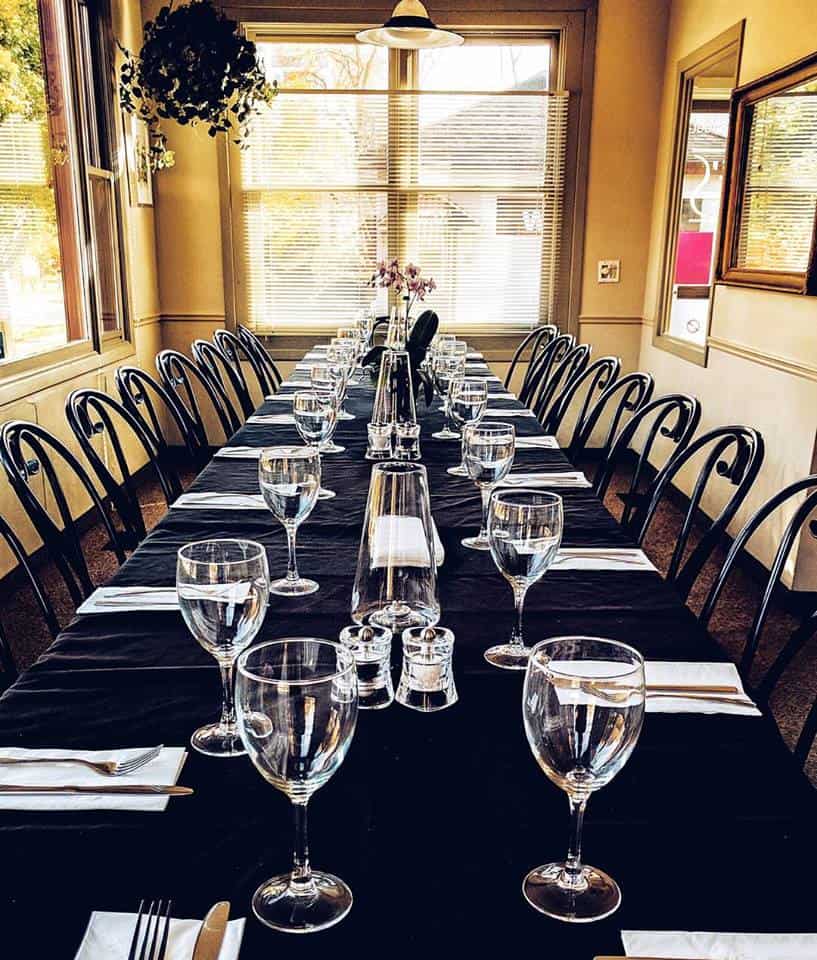 Five years ago I decided it was time to look at selling and transitioning to a career in teaching. It was a long five years, but I am now out of the restaurant business. In August of this year I accepted on offer for the building that I could not refuse.

The café has been my life for 20 years. My son Braden grew up here. Three years in I suffered a nervous breakdown here. My marriage ended here. I started sleeping with the waitress here; Cindy is now my partner in and for life. I got sober here two and a half years ago. It also has been a significant part of my MDI experience. I took a weekend off in June 2002 to do the Sterling Men’s Weekend and another one in February 2004 to do the Legacy Discovery. All the significant decisions that I have made here, including the one to sell, were made with the support, challenge and wisdom of MDI men. They are the source of a lot of my success. The lessons I learned about myself and about leadership in MDI have directly impacted how I lead my staff and run my business. I can’t count how many hours I have spent on the phone here taking MDI calls.

My men’s team, London Calling had its first meeting here some eight years ago when we split from Smackinthehead. We have been meeting hear regularly since. It was home as Chris Rushforth, Preston Gervais and I struggled to keep the team alive and growing.

“At the final meeting, we had over 20 men total; that’s basically a division meeting. Insane. It’s amazing to think that London Calling is currently one of the smaller teams, if not the smallest in Western Front, yet it’s safe to say that both London Calling and Willie’s Cafe has had such tremendous impact on the circle of men we belong to. That or they just came for the food.” – Preston Gervais.

It has been the source of caterings for many MDI events including trainings, the Mury and the Legacy Discovery. Many of the men on our team have worked here. It was a special place. London Calling hosted one final meeting here on Tuesday November 1. Showing up were 26 men, many of them driving the two hours each way from Toronto. My son, now 24 and our team captain, ran a spectacular meeting. It was humbling and inspiring.

Willie’s Café had a special place in our local community; it was “home” to so many regular customers.

I supported as many local charities as I could. One of our biggest successes was raising over $1000 to help two 8-year-old girls put a swing set in the park around the corner from the café. I have seen families grow here, many of them four generations, sharing happy and sad times, first dates, marriages, graduations, the birth of children, and the death of loved ones both old and young. I have watched staff (my son included who started here when he was 10) I hired in high school, learn, grow up, marry, and become parents and productive successful adults. I like to think their experience here had some part in that.

The last eight weeks of business were emotionally and physical draining, but also a wonderful and affirming experience. My customers were at once mad (“how could I close and do this to them?”) and sad (“where will we go for lunch?”) as well as happy (“congratulations on doing what is right for you.”)

“I have been on his team during his entire time in MDI. Kennard and I used to drive at least one hour each way to get to meetings, sometimes two hours each way. We did this for years and finally he said, “I’m tired of this. We need to create a team in London.” He was the main driving force in doing that, and our main meeting place in London was Willie’s Café.” – Chris Rushforth

The praise, the thank you’s, the emotions, the gratitude, the memories expressed via e-mail, cards and guest book was overwhelming. It took me some time to accept that what I created had touched so many people, so many lives. On the last two evenings I had the opportunity to work with my business partner as we cooked and served dinner one last time for invited guests. 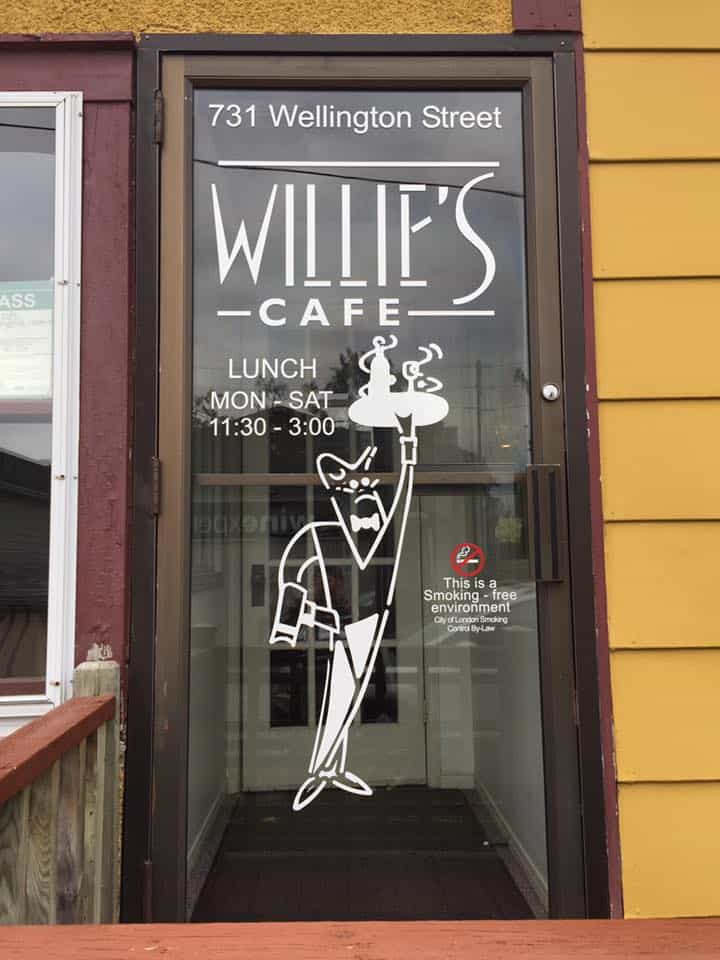 My men will now support me as I start the next journey: finding a home for the catering business, finding work as a part-time instructor in the hospitality program at the local college. It will all fall into place.

In conclusion, I tell you this. There was a group of ladies who for the past 15 years came every Thursday for lunch. I would like to share what one of them said, it brought me a great sense of calmness, and completion. I realized everything was going to be OK. Her initial reaction was: “Did you think about us, what we are going to do, when you made this decision?” She then quietly asked if the decision was a good one for me. I said yes it was and she replied, “Then if it is good for you, it is good for me. If something good comes to you as a result, then something good must to come to me as a result.”

2 thoughts on “A Sweet Farewell to Willie’s Café, A Job Well Done”