There is a mission statement of which I am familiar: “To cause greatness by mentoring men to live with excellence and, as mature masculine leaders, create successful families, careers and communities.”

This belongs to Mentor Discover Inspire – an international men’s organization, home for men searching for success on many levels. There are specific elements within this statement. The one to focus on at this juncture, for the theme of this month’s Legacy Magazine, is “successful families.” 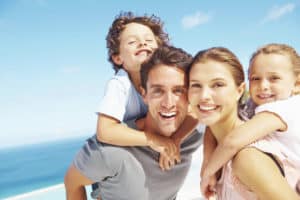 What does this exactly mean?

I imagine it could be defined differently for each man with his own form of family.

Though, honestly, if you search through the photo gallery offered up by the great Google in the sky, a successful family would consist of:

Now we know that in truth, not all families (even successful families) carry such a fanciful front. Consider some daytime talk shows, as Sally Jean breaks the news to Billy Dean that his two children are really his friend’s Bobby Joe. Consider many family dynamics where dysfunction rules the nest, where passive-aggressive slights are commonplace, and where communications crash, egos clash, and bonds are smashed. Consider the messes out there. 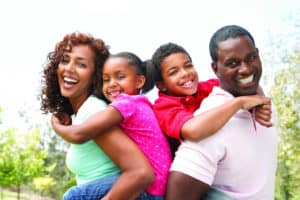 So what creates success for families – in a reality somewhere between a Jerry Springer show and the magazine toothpaste advertisements?

I believe it’s the same thing that creates success within any organization, or any team, including our men’s teams. And it is based on merely two main elements.

For the former, we look towards a common denominator, some sort of foundation that unifies a unit. Within a family, most of the time it’s been termed “blood.” Blood is thicker than water. So goes the saying that indicates family ties are stronger than any other sort of relationship bond. We see this sort of unbreakable bond when a son or daughter struggle to remain connected to parents who may have physically abandoned them. We see it in stories of adopted children who have an undeniable need to seek out their birth parents. We see it in the fight of fathers, in the face of divorce, needing to still spend time with their own children. We hear of it in Bruce Springsteen’s song “Highway Patrolman” when the officer sings of a brother who has gone astray.

Now ever since we was young kids, it’s been the same come down
I get a call on the shortwave, Franky’s in trouble downtown
Well if it was any other man, I’d put him straight away
But when it’s your brother sometimes you look the other way

The family tie is a strong one, and at times it can not be denied. Is it in the blood, in the DNA, in the deep history, in the legacy?

No matter the origin of connection to the family of origin, there is indeed a foundation of a bond that exists within families, no matter how dysfunctional or embattled it becomes on the surface.

And so it is with men’s teams – they too can carry a deep bond. Normally such a bond originates through traversing similar experiences together. Who knows what a man goes through in a lifetime more than other men? If you’ve ever gone into the battle of life with a teammate by your side, you know you can see this teammate years down the road – even after the team has shifted – and you recognize him as your brother. This is because you have gone through the fire together, and this has bonded you.

The other elements that create unity between teams – especially successful teams – include:

Once unity is established – whether that be in a family or a team – there is nothing that can break that unity apart.

Squabbles, differences of opinion, grudges, senses of betrayal, a broken vision. In a word: ego.

hen the individual needs and desires take over the collective will, there are problems. And for successful teams and families, there must be a remedy to that.

The second element for a successful family or team is the ability to resolve conflicts.

Here, we look towards a way to ensure that the bond and connection is kept sacred and in tact.

No small order, this is the most important element to any successful team – possibly even more important than that initial unity of which the conflict attempts to destroy. It may be a no-brainer to discover the unity and realize its existence. Now, maintaining it, fostering it, protecting it? That is where the real gold resides.

In fact, the practice of “conflict resolution” may be the one major lesson we must learn while in any sort of relationship. It’s important to focus on the good and the connection within any sort of collective; however what’s most vital is keeping at bay that which would harm the connection.

For a family, the best way to keep conflicts minimized is learning the art of communication. It’s vital to listen to everyone in the family, especially the supposed “bad seed” who actually may have the most important message for a family experiencing troubles. The one showing the most emotional imbalance may be a messenger bringing word that something is amiss within the deeper family structure.

Having an open-door policy for communication – especially on those tough subjects that would intensify conflicts – is vital for the success of families. Most conflicts are sustained due to the lack of expression by those feeling the conflict. Not allowing the discord to fester, disagreements can be addressed, and all parties can be heard. This gives the unity the best chance to remain vibrant and alive.

Other strategies that support families wanting to maintain the unity and peace include:

Similar to families, men’s teams can also have its unity overshadowed with ego, magnified differences, conflicts and the inability to resolve those conflicts.

And once again, what can alleviate the conflicts? 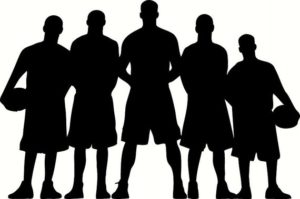 Now, the communication within families will appear different than the communication found within grown men, who may not hold the need to protect someone’s feelings. Our organization’s practice of “clearing lists” (or grudges) is one of our main practices to eradicate conflicts and maintain unity.

There is indeed a bit of an art to clearing lists. One man speaks at a time. The other person receiving the list remains still in a state of listening and receiving. The focus is on the man revealing so that he may empty his gut, heart and soul, so that nothing is left unsaid. Nothing need be taken personally by the receiver, though that can be a challenge when hearing potential judgments on his character.

One element missing from the above, which could be added to the common practice of “list clearing,” would be some sort of followup. This ensures that the communication isn’t just one-sided, where one man has simply dumped his emotional load on another without any realization that actions and relations will be different moving forward.

A followup to clearing a grudge with another man could include:

In either case, the clearing of grudges must be done by teammates on a successful team. It’s rare in society to see such honesty and courage within close relations.

It’s one reason teams can sustain for so many weeks, months and even years.

The members of a successful team, division and organization have realized the importance of conflict resolution so that they can continue to create successful families, careers and communities. 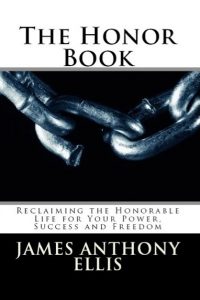