Published on Valentine’s Day 2017, David Plante, the author of  “A Married Man’s Survival Guide,” gives some timeless pointers for any man in a long-term relationship. 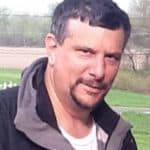 For most wives, there is a very simple index of relationship health. It is called the Relationship Equity Account (REA).

You need to contribute to your REA often and consistently. Consistency is important, because as you contribute, your woman will make withdrawals. She reserves the right to make withdrawals of whatever amount she wants, whenever she wants. There are many reasons she makes withdrawals, and we will list the most common. Pay attention here because this is important. Some of these may sound weird, but they are all true and are based on our experiences and those of the many married men we have encountered over the years. She will make heavy withdrawals from the account because:

You forgot to do something you said you would do.

You irritate her over nothing.

If she asks you to take out the trash or some such trivial thing, just do it. Nothing you could be doing in that moment is important enough to piss her off when you might actually earn a point by doing it cheerfully. If you do it begrudgingly, or with an attitude, or she even senses anything but acceptance in your actions, she will make a withdrawal from the REA.

She doesn’t feel taken care of.

We could write a whole book on this one, but here is the short summary. “Taken care of” means that she feels safe. It means that she knows that whatever happens, you will take care of her. You will provide stability in her life, but not just financially; you will protect her in the face of any danger, and you will be there for her when she needs you.

The operative word here is feel. Your woman does not have to be number one in your life, but it is important to have her feel that way. A man should have higher priorities in his life than his woman (called his purpose—and for a really good discussion on that refer to David Deida’s “Way of the Superior Man”). And if he doesn’t, he should take a look at what he would like to leave for a legacy after he is dead. Irrespective of that, he still faces the issue of making his wife feel like Numero Uno! How do you do this? Not by faking it, but by focusing on the relationship when you are in it and following the “rules” with discipline.

You love her more than she loves you.

Emotionally, a woman needs to be in control, and if you try to love her more than she can love you at that moment, she will need to make a withdrawal, and knock you down a peg or two until that situation is reversed. Researchers (like Deborah Tannen) have found that women learn a value called parity – which means everything in their world should be equal. A love relationship – to your woman – must be on an equal footing. Keep in mind that if you screw up, or if she thinks you screwed up, she can make a withdrawal for any amount of points she wishes. Forgetting to bring home milk could cost you anywhere from one to a hundred points. It is clearly up to her and probably based on how she is feeling at the time, but who knows? Don’t try to figure it out!

It’s important to remember that, even though she is keeping a running tally, you must not. It would be futile anyway, because only she knows the account balance. Your job is to give, and keep giving, without expectation, so that you are crystal clear that you are giving your absolute best. This way of being, and only this way, can make you feel successful in your relationship. Remember, it’s not about you, and you don’t need her for your own sense of well-being. If you are giving your best, and things are still not right in her eyes, then something else is going on with her. If this is the case, then it is up to her to get through it, and there is not much else you can do.

The only thing that you can do is keep listening and giving, and do a lot of praying that it doesn’t last long. But just because you can’t pull her out of her funk, and your deposits don’t seem to be making it into the account, that doesn’t mean you quit trying to make them. In our men’s groups, we did an exercise where each of us tallied up a bunch of screw-ups over the past few weeks, and assigned various points from one to five to each, depending on the severity (decided on by the rest of the team). Then we chose a multiplier depending on the overall mood of our wives: one if she was relatively calm, or very “in love” with us and five if she was on the rampage. The total was our negative equity. One of the men was just beaming despite his score of -93 over the last two weeks, and the others asked him why. “I have a saint,” he said. “She still loves me despite my -93 points!” Or was it something else? A quick check revealed that this was a man who had a daily discipline of doing dozens of things for his wife and depositing one point at a time, a hundred times a day.

David Plante is the VP of MDI’s Special Operations program. His book “A Married Man’s Survival Guide” is available on Amazon here.