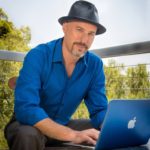 Before I ever sat in a circle of men. Before I felt like a man myself. In those days I didn’t know the difference between The mask I wore out in public, and the man I was underneath it. And I thought I had it all figured out … except that I didn’t … And I wasn’t as on top of it all is I thought.

And I wasn’t happy.

Out of the blue a friend invited me to my first circle of men.

it was unpredictable and powerful.

Men went deep. They had fun. They were in each other’s faces. They held each other accountable. It was like nothing I had ever seen before, and I left not knowing what I thought about all of it, but knowing I had been seeking it my whole life.

Then I came back to experience it again.

After that second time I never left

I learned that men sitting together have innate wisdom. Sometimes hard wisdom that you didn’t want to hear, but needed to anyways.

Being on a team just felt right. It felt like something I had always needed. Something more than friends. Something less biased than family. Something different. Something like having my own army of men who have my back and want the absolute best for me.

And once I came into the circle of men, I found my place amongst the men. And then my time with the men became sacred to me and I almost never missed a meeting.

Until last June. When the team I was a part of ran into some irreconcilable differences. And suddenly I didn’t have a team.

So I took it as an opportunity to reflect, and went on a hiatus from men’s circles. It was easy to not be on a team. I didn’t miss it that much. That surprised me a little at first. But then it became comfortable to not have a team meeting.

So tonight I met with a NEW circle of men. I figured it was time to get back in the water. Comfort isn’t my thing.

And the meeting didn’t disappoint. It was imperfect. men were in each other’s faces. There were no shows and late shows and some laughs and some challenges. But ultimately it was a team meeting.

And it was uncomfortable. But in the best possible way.

Why do I need a men’s team?

Why do you need a men’s team?

1 thought on “Why I Need a Circle of Men”