I’m going to use the word one time and one time only, though dignifying it with the appellation “word” is a status it does not deserve. Thereafter, if needed for clarity, it will be referred to as TWTSNBN (the word that shall not be named). When I do use the word, to begin the process of killing it, it will be bracketed by parentheses in the hopes that something as detestable and vile will be kept from leaking and infecting all the perfectly good words near it. Hopefully it won’t cause a damn virus in my computer and ruin everything. It pains me to even have the abomination show up in a document traceable to me.

I suppose attempting to translate it into another language might be an end around, so no one has to actually read it in English. Remember the Monty Python sketch about the world’s funniest joke and how it was used in WWII and translated into German so the Nazis who heard it would laugh themselves to death but the British soldiers would be safe using it, not being fluent? However, I don’t want to soil another culture’s native tongue by even trying.

So, we’ll just plow right in and get it over with as soon as possible. The word is (bromance), note the parentheses safeguarding the letters to the right and left. I can feel myself almost gagging and ready to hurl at brrrrr….. Can you feel it, too, right there in your throat with this morning’s French toast and coffee? It tastes like vomit and it burns.

Regrettably it has even been allowed an entry in that most august and dignified of authorities, the Oxford English Dictionary. TWTSNBN is there defined as an intimate and affectionate friendship between men; a relationship between two men which is characterized by this. It adds also: a film focusing on such a relationship (AKA “Buddy movies”). One dictionary notes that it is close but nonsexual. 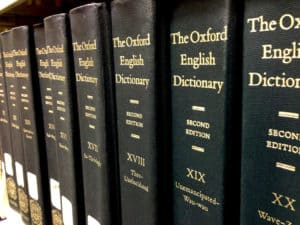 The OED has a simple notation for some words which I want to see applied someday to this open smelly one-holer latrine pit of a word. It is obs, for obsolete. I long for the day when those three letters will be right next to TWTSNBN. The million other words in the language can breathe a sigh of relief and say “We ran the word up the flagpole to see how it flew and it bombed. No one uses it any more.”

That’s the best we have been able to come up with to describe deep and abiding affection between two men. It demeans both brother and romance and it’s all because we as a culture are so uncomfortable with the idea of straight men having intimate relationships. I have experienced this general discomfort on a personal level.

It might be similar to how smallpox went away. From once terrorizing the world, the virus has become isolated in a couple of closely guarded places, no longer preying on innocent people. In his 2002 book The Demon in the Freezer, Richard Preston writes “When epidemiologists study the spread of infectious diseases, they work with mathematical models. A key in any of these models is the average number of new people who catch the disease from each infected person. This number is technically called R-zero but more simply is called the multiplier of the disease. The multiplier helps to show how fast the disease will spread. Most experts believe that the multiplier of smallpox in the modern world–a world of shopping malls, urban centers, busy international airports, tourism, cities and nations with highly mobile populations, and above all nearly no immunity to smallpox – would be somewhere between three and twenty. That is, each person infected with smallpox might give it to between three and twenty more people.”

You see how pernicious this is? Words are the same way. I don’t know what the R-zero of TWTSNBN is, but all it takes is a few people using it mindlessly and we have a wildfire. Go ahead and substitute TWTSNBN in for smallpox above and see if that doesn’t scare the bejeezus out of you.

One explanation of the origin of TWTSNBN, a portmanteau of bro and romance (note that I have separated the two parts for safe viewing in the same way the world’s funniest joke was studied so no one would get hurt), is that Dave Carnie coined the term as editor of the skateboard magazine Big Brother in the 1990s. He meant it to refer specifically to the sort of relationships that develop between skaters who spent a great deal of time together. And that was “Case One” in the spread of this infectious disease

That’s the best we have been able to come up with to describe deep and abiding affection between two men. It demeans both brother and romance and it’s all because we as a culture are so uncomfortable with the idea of straight men having intimate relationships. I have experienced this general discomfort on a personal level.

Once, while working for a national grocery chain, I had a close relationship with another man in the store. Holy shit, we went out and had coffee together, just the two of us, like a date, and a lot of the workers in the store were aware of it. One day, unable to stand his discomfort any more, one crew member asked if we were going to set up a domestic partnership.

Not that long ago, working for a second well-known food retailer, there was another man with whom I had grown close. Oh my god, we actually talked about serious matters and even hugged each other, out in public. Can you believe that? One of his co-workers in the department looked up one day from his work and asked me: “Are you looking for your boyfriend?”

When I showed up at the door of the Sterling Men’s Weekend in September 1990, I saw two men hugging each other, more like holding each other, silently embracing for way longer than I had ever witnessed. I acknowledge that it made me uncomfortable, because it was new to me. I didn’t yet know the power of intimate yet fierce affection between two straight men.

I could give TWTSNBN a mulligan due to how strange it appears, how very like a romance even, to see two men like that. I could do that, if I were being fair. But I’m not being fair. This is a polemic and, as such, it is unfair.

As polemicist Laura Kipnis writes: “Polemics exist to poke holes in cultural pieties and turn received wisdom on its head, even about sacrosanct subjects like love. A polemic is designed to be the prose equivalent of a small explosive device placed under your E-Z Boy lounger. It won’t injure you (well not severely); it’s just supposed to shake things up and rattle a few convictions. Be advised: polemics aren’t measured; they don’t tell ‘both sides of the story.’ They overstate the case. They toss out provocations and occasionally mockery, because they’re arguing against something so unquestionable and deeply entrenched it’s the only way to make even a dent in the usual story.”

It’s time to rise up and retire this abortion of a word that actually makes light of authentic masculine relationships and turns them into a wink-wink, nudge-nudge. It’s time for all of us to yell for its head on a platter like Herod for John the Baptist’s. It’s time to pull it off the shelf because the expiration date is long past. Time to find it anywhere we can in print and wipe our asses with it and flush it.

In Lines For An Old Man, T.S. Eliot wrote

“The tiger in the tiger-pit
Is not more irritable than I.
The whipping tail is not more still
Than when I smell the enemy
Writhing in the essential blood
Or dangling from the friendly tree.”

Let’s be that way and rid the world of this scourge, TWTSNBN, and send into oblivion, the etymological garbage dump. Let’s be champions for authentic masculine power.

1 thought on “To Kill A Mocking Word”