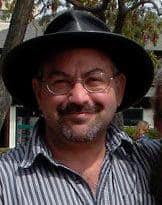 It’s not exactly a secret, but some of you are in on it and others aren’t. If you were at the July 29 “Outreach Training” in Long Beach, you will know what I mean. If you weren’t, here “it” is: “Teams always start with two.”

Yeah, kinda banal, pedestrian, obvious – unless you were there, in which case it’s rich and gleaming with contextual truths that enable men to create greater positive impact in their life and the lives of others.

A few truths from which to draw inspiration:

If men who weren’t there are interested in getting the power of the training, they could connect with men who were there … and ask questions about:

So, are you in on it, or not? As trainer David Andersen pointed out, “All great accomplishments of civilization began as two-man teams; when one man shared an idea with another … enrollment starts as a two-man team.”

Footnote:  The training was led, conducted, and produced by the following men: