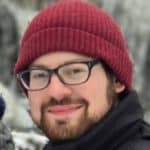 My heart was pumping as I stood there in a room full of people about to bear my heart and soul to the woman I love. I am not a public speaker. I am also not one to speak my deep feelings to anyone, even my wife. But here I was, about to do so.

I was at The Bridge Spring Dinner on April 28 of this year. Fifty men and women gathered in a yoga studio in Wayne, New Jersey. Fun and some slightly pointed ice breakers took place. Candles flickered. Mediterranean food was served. The main event of the evening was the opportunity for each man to stand up and publicly acknowledge the woman he brought.

The result was a room filled with emotion, passion and love the which I, and I would guess many of the participants have never experienced. We often say in MDI, speak personally, so I will do just that. For me this was a tremendous feat. Somewhere along the line I have developed a fear of public speaking, so standing up in a full room was intimidating. I knew many of the people in the room, but did not know more than half. Also, my wife was there. I don’t know which part of that was more nerve wracking.

Then I just went ahead. I spoke the words I had worked on for days with the coaching of my team. Unlike in the movies, when it was my turn I did not transform into the most eloquent speaker of the night. I did however do what I set out to do. I told my wife just some of the reasons I appreciate her. I spoke about how she encourages me to stretch further than I ever thought possible. I thanked her for making me smile. And so on.

Suffice to say my wife was shocked, and through her tears of joy I saw a smile. 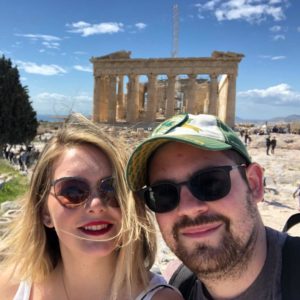 This was the first major event for a team known as “The Bridge,” which was created as part of the One United Region (OUR) Initiative. The Bridge focuses on relationships between men and women. Production for the event was provided by other men from the region who volunteered their time to be of service to support The Bridge, the men of the region and the women.

The Bridge is looking for new members who are passionate about creating better relationships with the women in their lives and communities. If you are interested, Evarts (a man whose resume includes a 35-year relationship with his wife) can be reached at mevarts@gmail.com, or (908) 763-2184.

2 thoughts on “MDI Team Creates “The Bridge” For Successful Relationships”