“You call this entertainment? When I was your age we had Dokken, now that was music!”

This one was meant to tie in with the Grammys and is thus a few weeks after the fact, but it still pertains to life in general so…

As was the case in previous years since the advent of social media people posted their thoughts and memes about the Grammy awards. Some praising the artists, some lamenting the performances and the state of the industry in general. All true for whoever did the posting.

It made me think of the general phenomenon of one generation bemoaning the music of the following one and insisting that in their case it’s really because the new music of that time is not as good and has nothing to do with them being older.

I myself always swore I’d be open minded to what the kids were into. And yet now at midlife I’m as much of a cranky, old man as you could ever meet. “You call this entertainment? When I was your age we had Dokken, now that was music!” I’ve been known to say this. I think of clashes I’ve had about this with my siblings and kinda-stepkids and I think of the ones I used to have with my dad. Here’s a tale of the latter.

My dad had me at 50 so there was even more of a generation gap between us than there usually is with father and son. He liked show tunes, classical and most of all country (which was in keeping with his having a ranch in Big Sur that he adored). He couldn’t stand rock up to the very end. 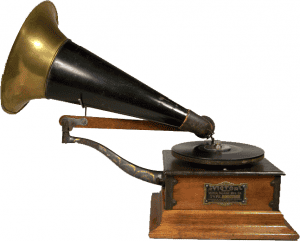 My brother is twenty years older than I and has the musical tastes that you’d expect a baby boomer to have. My tastes at midlife and as a musician myself, while they have changed somewhat over the years, are as eclectic as they have always been: from Jimmy Durante to Insane Clown Posse. But like a lot of you across several generations my number one act was and is The Beatles.

This started for me in my early teens and it was my brother, who came of age when they were all alive and together, who planted that seed in my head. I believe my brother even went to one of The Ed Sullivan appearances as a teenager (My father’s “Candid Camera” taped in the same studio). Like most parents at that time my dad couldn’t stand them, argued about them with his kids and never came around to liking them (except the song “Yesterday”). In his case the poor guy had to endure a second generation of Beatles fans before the end of his life.

The song of theirs he hated most of all was one that most consider one of their best: “All You Need Is Love.” Yes that song has a nice message but he used to go on about how the whole song consisted of “all you need is love” and barely anything else. (He facetiously gave them credit though for at least putting in “love is all you need” to mix it up a little at the end).

A couple of years into the start of my fandom John Lennon was killed and I was as sad about that as anybody. I consoled myself for days by sitting in our den and listening to Beatles LPs on our old wooden record player console for hours on end. The music resonated throughout our house, and normally my dad would tell me to turn it down. But at this time he knew I was grieving a little so he allowed me to listen full blast … until one day day when on came his favorite song “All You Need Is Love.”

I can still hear my dad emerging from his bedroom: “Billy turn that goddamn song off now! I can’t stand it anymore!”

Forget love. All THEY need is their head’s examined!