After That Day, Our Relationship Was Tight 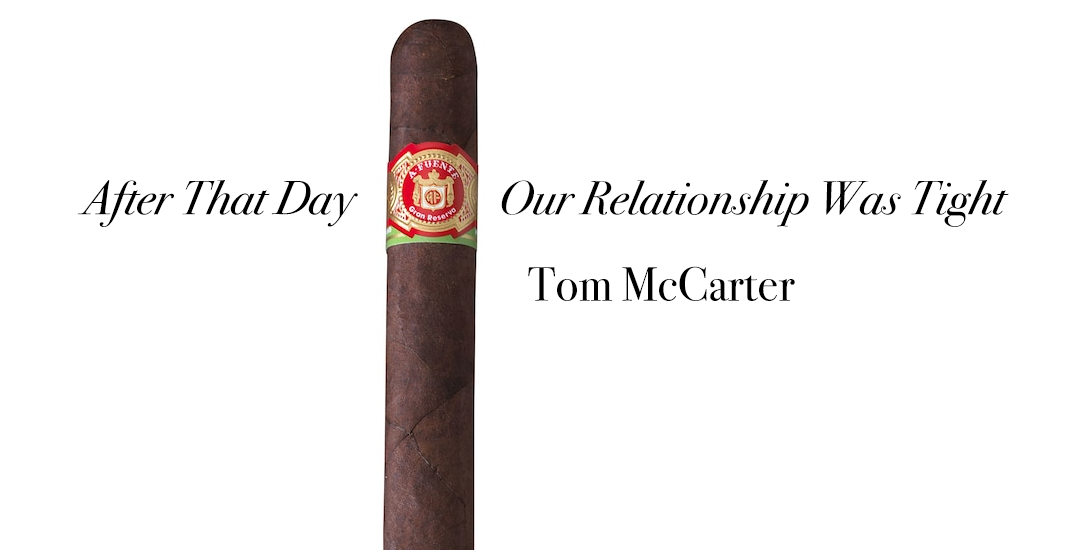 My dad really tried to get a spot weld moment while I was growing up. He took me camping, fishing, hunting, trips to baseball games, Boy Scouts, golf lessons, etc. None of it took for me. And after I got into drugs, forget it! But then I did the Men’s Weekend, and I realized my dad embodied everything Justin Sterling spoke about being a man. And later that year, my dad came up for a “Fathers, Sons, & Brothers” event.

I remember when I called him up to invite him and he, always a man of few words, said, “You … want to do something with ME? OK.”

He didn’t even ask what it was, just where he needed to be and when. He flew up from LA and rented a car. We circled up with several hundred men attending. This was Jones Gulch in 1994. He loved being an elder in our tribe and playing the game. At dinner, several men let him know how much they respected me, including my point man, Bruce McCullogh.

I had already stepped into leadership at this point. I had been the S1 for the Zaca Lake Rhino and a team leader. After dinner, we gathered around a large bonfire and Justin Sterling came out to address the men. He basically gave them the Cliff Notes of the Men’s Weekend. My dad and I were sharing cigars together for the first time. Every 10 minutes or so, my dad would punch me in the shoulder and say something like, “Did you hear what he just said?” or “Listen to this man! Nobody talks like this anymore!” When Justin finished talking, he fielded questions. One thing that impresses me about Justin is his ability to turn on a dime with his responses.

A man stood up and said, “I think it is criminal the way you tell men not to reveal their feelings to women. Look at all the poetry that’s been written. If that’s not revealing men’s feelings, I don’t know what is.” To which Justin instantly replied, “When you think about it, most of the poetry that’s ever been written was just to get pussy.”

At this point, my dad almost fell off his seat laughing. And that was the spot weld … I got to see my dad in a whole new light. And after that day, our relationship was tight. The next time I visited my parents, he came running out of the house, gave me a big hug, and said, “How’s it going, buddy?”

On a side note, he told me the cigars i brought to the event (Arturo Fuente Canones maduros) were better than he usually smoked.

So I sent him a box. And I kept him supplied with premium cigars until he died of a stroke in June 2016 – 10 days prior to my marriage to my current wife.

I was really looking forward to seeking his counsel about marriage. I miss him. He was the rock Justin refers to in the Men’s Weekend.